This drought is breaking records, pushing families and communities to the brink − and it’s getting worse.

Across NSW, it’s drier than many have seen in their lifetimes. Farms that have never in their hundred-plus year history destocked, have sold all their livestock.

Farmers that had enough hay in storage for years of drought have used their last bale.

Farmers that have never complained, have gotten on with the job, have put food on tables across the world − are asking for assistance.

“The Shooters Fishers and Farmers reject any notion that farmers have not made proper provision for this drought.

“To say these farmers were not prepared is akin to kicking them while they’re down,” said Party leader Robert Borsack.

The Shooters Fishers and Farmers Party have written an open letter to NSW Farmers, asking them to work with them to develop a drought package.

“We’re calling time on government policy that calls for farmers to be ‘better prepared’. Our farmers need cash in their pockets, not hollow words about planning” said Mr Borsack.

Our farmers are prepared, they have made provisions, they’ve written business plans – but what our farmers are currently experiencing has broken through all notion of ‘drought’.

“The Shooters Fishers and Farmers Party are on farms, in community halls and at the local pub meeting farmers, listening to what they have to say – hearing about their concerns for the future.

The Shooters Fishers and Farmers Party, will always fight for farmers, will always listen, will always make sure they’re heard and will always take action to protect their livelihood and way of life.

“It’s time the government calls this drought what it is – a natural disaster.”

The Shooters Fishers and Farmers Party are calling for the government to stop with the planning teams, stop with preparedness measures and start sending in immediate assistance.

“When a person crashes a car we do not send a team of planners in to tell them how we’ll fix the road. We send in emergency help. We make sure everyone is ok before we plan how to prevent the next crash. This is the type of response that is needed to this protracted drought,” said Mr Butler.

The Shooters Fishers and Farmers Party have written an open letter to the NSW Farmers Association with a suggested drought package for farmers and their communities. 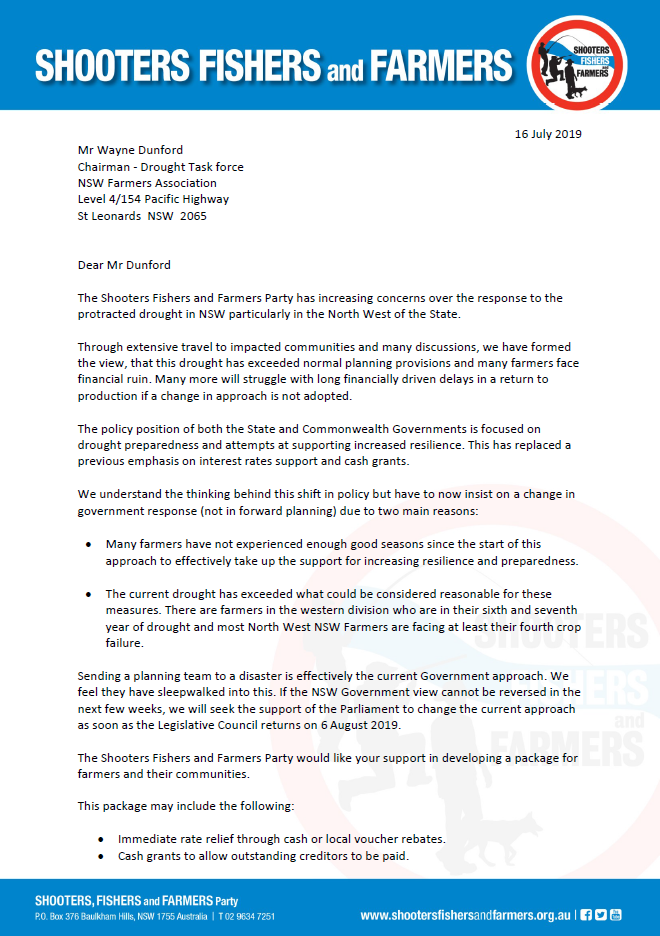 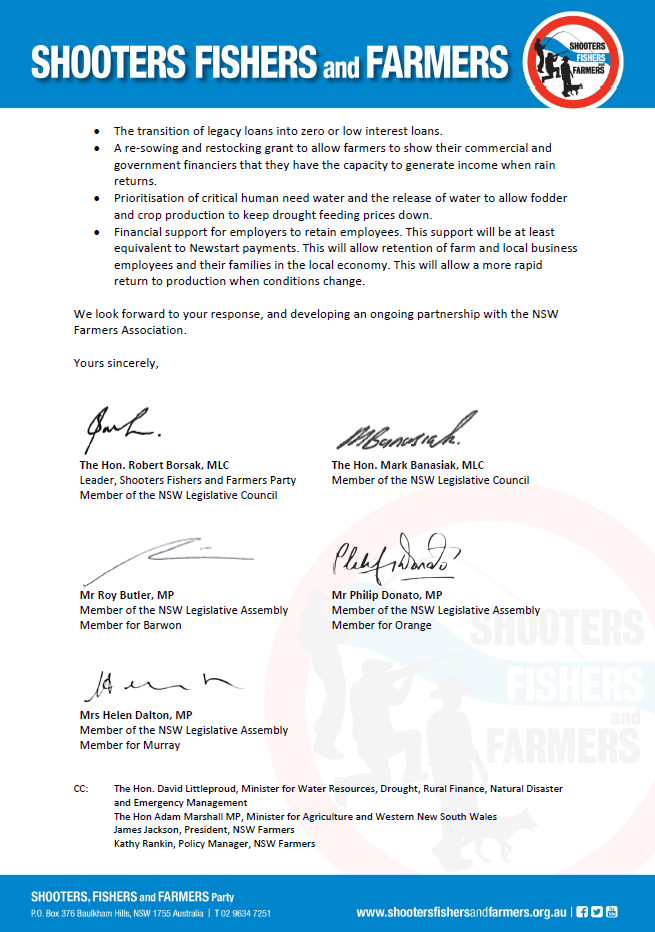 Far West Gas snuffed out, majority of zombie PELs extinguished, a win for the people – but more to be done

NSW Budget – over $740 million for Barwon